The Living and the Lost: A Novel (CD-Audio) 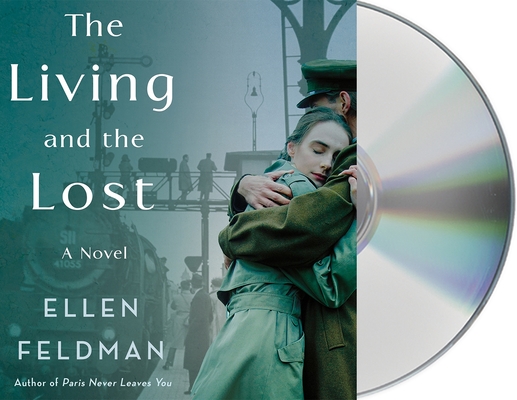 The Living and the Lost: A Novel (CD-Audio)

From the author of Paris Never Leaves You, Ellen Feldman's The Living and the Lost is a gripping story of a young German Jewish woman who returns to Allied Occupied Berlin from America to face the past and unexpected future

Millie (Meike) Mosbach and her brother David, manage to escape to the States just before Kristallnacht, leaving their parents and little sister in Berlin. Millie attends Bryn Mawr on a special scholarship for non-Aryan German girls and graduates to a magazine job in Philadelphia. David enlists in the army and is eventually posted to the top-secret Camp Ritchie in Maryland, which trains German-speaking men for intelligence work.

Now they are both back in their former hometown, haunted by ghosts and hoping against hope to find their family. Millie, works in the office responsible for rooting out the most dedicated Nazis from publishing; she is consumed with rage at her former country and its citizens, though she is finding it more difficult to hate in proximity. David works trying to help displaced persons build new lives, while hiding his more radical nighttime activities from his sister. Like most of their German-born American colleagues, they suffer from conflicts of rage and guilt at their own good fortune, except for Millie’s boss, Major Harry Sutton, who seems much too eager to be fair to the Germans.

Living and working in bombed-out Berlin, a latter day Wild West where drunken soldiers brawl; the desperate prey on the unsuspecting; spies ply their trade; werewolves, as unrepentant Nazis were called, scheme to rise again; black markets thrive, and forbidden fraternization is rampant, Millie must come to terms with a decision she made as a girl in a moment of crisis, and with the enigmatic sometimes infuriating Major Sutton who is mysteriously understanding of her demons.

Atmospheric, The Living and the Lost is a story of love, survival, and forgiveness of others and of self.

Ellen Feldman, a 2009 Guggenheim fellow, is the author of Paris Never Leaves You, Terrible Virtue, The Unwitting, Next to Love, Scottsboro (shortlisted for the Orange Prize), The Boy Who Loved Anne Frank (translated into nine languages), and Lucy. Her novel, Terrible Virtue, was optioned by Black Bicycle for a feature film.