All the Horses of Iceland (Paperback) 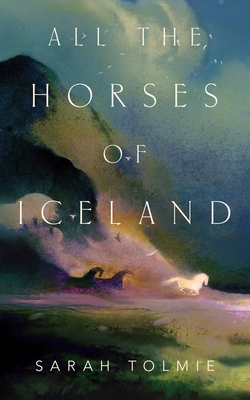 All the Horses of Iceland (Paperback)

A hypnotic historical fantasy with gorgeous and unusual literary prose, from the captivating author of The Fourth Island.

Everyone knows of the horses of Iceland, wild, and small, and free, but few have heard their story. Sarah Tolmie’s All the Horses of Iceland weaves their mystical origin into a saga for the modern age. Filled with the magic and darkened whispers of a people on the cusp of major cultural change, All the Horses of Iceland tells the tale of a Norse trader, his travels through Central Asia, and the ghostly magic that followed him home to the land of fire, stone, and ice. His search for riches will take him from Helmgard, through Khazaria, to the steppes of Mongolia, where he will barter for horses and return with much, much more.

All the Horses of Iceland is a delve into the secret, imagined history of Iceland's unusual horses, brought to life by an expert storyteller.

“Sarah Tolmie has a light touch, a powerful voice, and a vivid sense of place and period.” —Elizabeth Bear

“Tolmie brings a scholarly precision to her fantasy that makes magic mundane and the mundane utterly sublime . . . deeply refreshing, a kind of grace.” —The New York Times