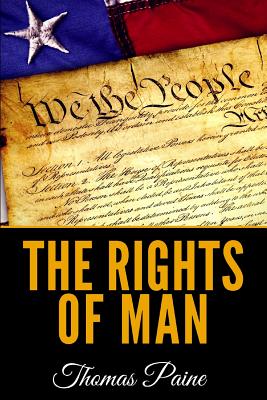 
Backordered
Among the incivilities by which nations or individuals provoke and irritate each other, Mr. Burke's pamphlet on the French Revolution is an extraordinary instance. Neither the People of France, nor the National Assembly, were troubling themselves about the affairs of England, or the English Parliament; and that Mr. Burke should commence an unprovoked attack upon them, both in Parliament and in public, is a conduct that cannot be pardoned on the score of manners, nor justified on that of policy. There is scarcely an epithet of abuse to be found in the English language, with which Mr. Burke has not loaded the French Nation and the National Assembly. Everything which rancour, prejudice, ignorance or knowledge could suggest, is poured forth in the copious fury of near four hundred pages. In the strain and on the plan Mr. Burke was writing, he might have written on to as many thousands. When the tongue or the pen is let loose in a frenzy of passion, it is the man, and not the subject, that becomes exhausted. - Taken from "The Rights Of Man" written by Thomas Paine.