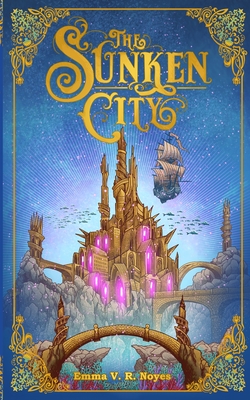 Amare Bellamy is not a witch. Orphaned as a child and raised on a ship by the most dangerous men in the Caribbean, Amare is one thing and one thing alone: a pirate. And pirates hate magic.

After a fateful storm plunges her to the depths of the ocean, Amare wakes to find herself in a strange new world: an underwater kingdom, where magic exists, but is strictly outlawed by the King-a man who claims to be her true father.

As Amare struggles to fit into her new role as Princess of the Sunken City, she finds herself tangled in a web of love between two brothers-one good, one not so good. And as strange powers manifest within her, she must question everything she was raised to believe-especially if she has any hope of stopping the evil brewing at the bottom of the ocean.