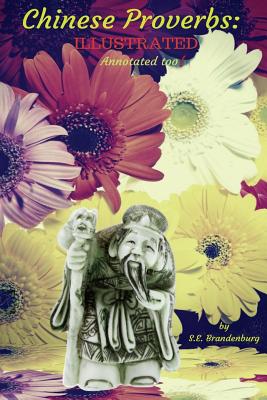 
Usually Ships in 1-5 Days
Chinese Proverbs; Illustrated-annotated too is a collection of over 100 proverbs. Unique by virtue of its expansive illustrations (over 100), copious annotations and ties into the book of historical fiction, Stirring Li Chao: a book of historical fiction (published by Paha Sapa Press; 2016) gives it yet another dimension. Each book has thirty-three chapters. Proverbs between the two books are basically interchangeable, but the illustrations (also over 100 ) usually stand on their own. Annotations generally speak to the nature of the proverb, the historical or cultural context, and at times pertain to events within Stirring Li Chao. The inspiration behind both books stems from actual events. While the United States busied itself with its own civil war, it also fought, switched loyalties, and ultimately acted to defeat the greatest Christian uprising of the 19th century-which occurred in China. The military might and opposition from western nations defeated the homespun Christian-inspired rebellion. Trade deals with the West remained in place-most importantly, the compulsory condition that China legalize opium and accept its importation by the "favored nations" of the West (Britain, the United States, France, Germany, etc.). Paha Sapa Press is in the business of "Rediscovering History." The uncovering of real events unknown to the author at the time (and publisher), provided the inspiration behind the publication of Stirring Li Chao. "One thing leads to another" is one of those anonymous proverbs of universal significance-and it rightly led to this book of proverbs too. Once these gems got to twinkling, they couldn't be ignored. The transfer was easy. Some are boundless, showing no nationality, but many are more cultural-specific. These provide insights into certain aspects of Chinese culture. Along with learning comes understanding. Within these pithy nutshells, the meat may contain a spiritual component. From the Dao to Confucius, the Buddha to Christ, while this book attempts to draw attention to real events, historical patterns, actions, consequences and karma, its aim is to give readers something more to take away than a collection of clever witticisms. Offering more than meets the eye, Chinese Proverbs: Illustrated-annotated too seeks to stimulate thought and mirror timeless truths.