Hidden Teachings of the Mystic I-Ching: Activating the Gateways to the Many Lives of the Spectral Soul (Paperback) 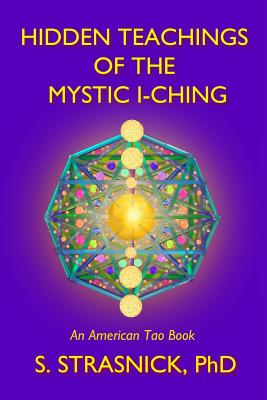 Hidden Teachings of the Mystic I-Ching: Activating the Gateways to the Many Lives of the Spectral Soul (Paperback)


Usually Ships in 1-5 Days
"You, like everything else in existence, contain within you something of the divine, though the amount possessed will vary greatly. The possibility of experiencing anything of the divine should make you want to have more. There is a way. The fact that you are here now means that someday you will have succeeded beyond your wildest dreams. But to get there you still had to make the journey." These words are the beginning of the presentation by "Hidden Teachings of the Mystic I-Ching" of a new philosophical theory about the nature of the self and the role visions play in its discovery and liberation. This self is expressed through the spectral soul, a being whose journey takes it far beyond our current life in a process of evolution spanning many lifetimes. A major impetus for this theory was triggered by the author's discovery of an entirely new layer of meaning hidden in the ancient Chinese divination classic, the I-Ching, where its sixty-four symbols now could be seen as symbolizing different degrees of openness to visionary experiences from other lives. After introducing the major elements of this theory in a series of numbered propositions, which lead to a new approach for I-Ching analysis and scoring, the book presents an enhanced formulation of the sixty-four pictogram chapters making up the main body of the I-Ching, with each chapter's meaning illustrated using one of the author's own visions. The account of the I-Ching that results is a structured, mystic re-visioning of the original work and can be studied along with more traditional accounts to attain a deeper understanding of the nature of the soul's process of change and transformation.
All my life I had a strong belief in the power of education and knowledge. I earned degrees from several world-class universities, including a BS from MIT, a PhD in philosophy from Harvard and an MBA from UC Berkeley. My professional life reflected this diverse background. I worked as a philosophy professor at Stanford University, a programmer manager at IBM and SGI, a programmer and digital artist at media and education start-ups, a researcher in space biology at NASA Ames, and a bioinformatics engineer at Silicon Genetics and Agilent Technology. Reflecting on my life, I wondered what unknown forces might have been driving me. But then, serendipitously, I stumbled on a method that opened doors to the hidden realms of the mystic world, pulling me in. All my varied accomplishments turned out to be so much smoke and mirrors. My background may not have prepared me for the journey I was to undertake, but it did help me tell the tale of what I encountered along the way and the truths that the journey would reveal.