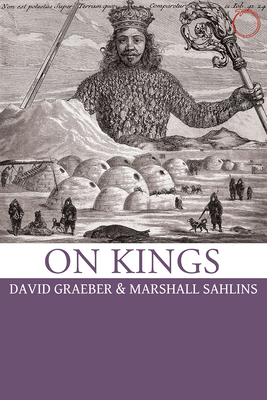 
Backordered
In anthropology as much as in popular imagination, kings are figures of fascination and intrigue, heroes or tyrants in ways presidents and prime ministers can never be. This collection of essays by two of the world’s most distinguished anthropologists—David Graeber and Marshall Sahlins—explores what kingship actually is, historically and anthropologically. As they show, kings are symbols for more than just sovereignty: indeed, the study of kingship offers a unique window into fundamental dilemmas concerning the very nature of power, meaning, and the human condition.
Reflecting on issues such as temporality, alterity, and utopia—not to mention the divine, the strange, the numinous, and the bestial—Graeber and Sahlins explore the role of kings as they have existed around the world, from the BaKongo to the Aztec to the Shilluk and beyond. Richly delivered with the wit and sharp analysis characteristic of Graeber and Sahlins, this book opens up new avenues for the anthropological study of this fascinating and ubiquitous political figure.
David Graeber (1961-2020) was an American anthropologist and activist. He was a professor of anthropology at the London School of Economics and a leading figure in the Occupy Wall Street movement. His books include Toward an Anthropological Theory of Value: The False Coin of Our Own Dreams, Lost People: Magic and the Legacy of Slavery in Madagascar, and Debt: The First 5000 Years.

Marshall Sahlins (1930-2021) was the Charles F. Grey Distinguished Professor Emeritus of Anthropology at the University of Chicago and the author of many books.