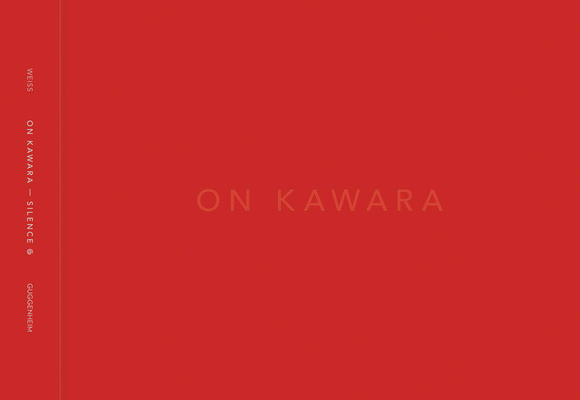 
Usually Ships in 1-5 Days
Because of his recourse to language, photography and systems of information, On Kawara is often described as a key figure in the history of Conceptual art. Yet his work stands apart in its devotion to painting and its existential reach. On Kawara -- Silence is published in conjunction with a major exhibition of Kawara's post-1964 work at the Solomon R. Guggenheim Museum, New York. Like the exhibition itself, the structure of the book was devised in close collaboration with the late artist. The exhibition catalogue contains essays on Kawara's work by leading scholars and critics in various fields, including art history, literary studies and cultural anthropology. It also includes substantial, authoritative descriptions of every category of his production--the first time such comprehensive information has appeared in print. Richly illustrated, On Kawara -- Silence reproduces many examples of the Date Paintings (Today), calendars (One Hundred Years and One Million Years), postcards (I Got Up), telegrams (I Am Still Alive), news cuttings (I Read), maps (I Went) and lists (I Met) that comprised the artist's practice beginning in the mid-1960s. Among other groups of works, the book includes images of the 97 Date Paintings (accompanied by their newspaper-lined storage boxes) that Kawara produced during a three-month run of daily painting in 1970. The catalogue also contains reproductions of paintings and drawings produced in Paris and New York in the years that precede the works for which Kawara is best known, as well as rare images of materials related to his working process. The volume is published in four differently colored covers. Text by Jeffrey Weiss, Daniel Buren, Whitney Davis, Maria Gough, Ben Highmore, Tom McCarthy, Susan Stewart and Anne Wheeler. On Kawara was born in Japan in 1933. During the 1950s he was a prominent member of the postwar Tokyo avant-garde, producing figurative work in a late-Surrealist style. Kawara left Japan in 1959, traveling to Mexico City, Paris and New York, where he settled in 1964. By 1966 he had devoted his work solely to the schematic representation of time and place through calendars, maps, lists, postcards and telegrams. Kawara's primary body of work, which occupied him until his death in 2014, is the Today series, a sequence of paintings produced according to strict protocols of size, color and technique. An incessant traveler, the artist produced Date Paintings in 136 cities and various languages.