The Mask of Nostradamus (Paperback) 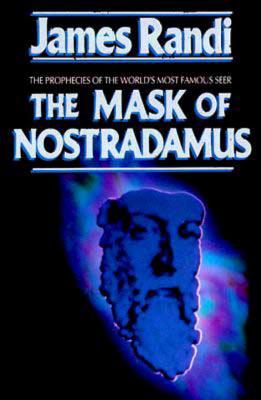 The Mask of Nostradamus (Paperback)

The Mask of Nostradamus is the first in-depth biography of this intriguing sixteenth-century astrologer and physician whose book of prophecies, The Centuries, is claimed by many to have foretold the Great Fire of London, the French Revolution, the rise of Hitler, and other crucial historical events. In his superb study of Nostradamus' life and times, Randi shows the extent to which contemporary beliefs in magic and astrology adulterated sixteenth-century science, and how Nostradamus used his skills as a physician and poet to become a cherished counselor to the courts of Europe. Finally, Randi exposes some of the tricks used by Nostradamus to make his prophecies seem authentic, and the rationalizations of his predictions by his followers through the centuries.

Four hundred years after his death, Nostradamus continues to fascinate us. This is the first serious exploration of this complex figure whose fame still echoes in our own time.
James Randi  is a Canadian-American stage magician and scientific skeptic best known as a challenger of paranormal claims and pseudoscience. Randi is the founder of the James Randi Educational Foundation (JREF). He began his career as a magician, as The Amazing Randi, but after retiring at age 60, he began investigating paranormal, occult, and supernatural claims. Although often referred to as a "debunker," Randi rejects that title owing to its perceived bias, instead describing himself as an "investigator." He has written about the paranormal, skepticism, and the history of magic, and has published many books including Flim-Flam!, The Truth about Uri Geller, The Faith Healers, and The Mask of Nostradamus. He was a frequent guest on The Tonight Show Starring Johnny Carson and was occasionally featured on the television program Penn & Teller: Bullshit!.