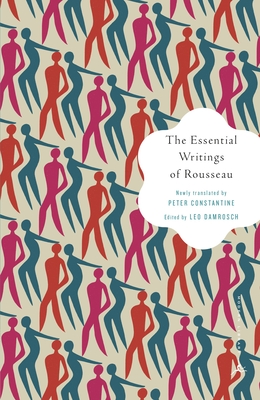 The Essential Writings of Rousseau collects the best and most indispensable work of one of the world’s most influential writers. A towering figure of Enlightenment thought, Jean-Jacques Rousseau was also one of that movement’s most passionate and persuasive critics. His extraordinarily original observations on politics, education, and human nature were provocative in their day and remain resonant more than two hundred years after his death. Rousseau’s 1762 treatise The Social Contract laid intellectual groundwork for both the American and French Revolutions, influencing such figures as Thomas Jefferson. An eloquent writer with profound insight into human psychology, Rousseau also penned one of the most compelling autobiographies ever written—the magisterial Confessions. The entirety of the first three books of that masterpiece along with the complete Social Contract are included in this indispensable volume.
Peter Constantine, winner of the PEN Translation Prize and a National Translation Award, has earned wide acclaim for his translation of The Undiscovered Chekhov and of the complete works of Isaac Babel, as well as for his Modern Library translations, which include Gogol’s Taras Bulba, Voltaire’s Candide, Machiavelli’s The Prince, and Tolstoy’s The Cossacks.

Leo Damrosch is Ernest Bernbaum Research Professor of Literature at Harvard University. He is the author of numerous books, including Tocqueville’s Discovery of America and Jean-Jacques Rousseau: Restless Genius, a finalist for the 2005 National Book Award in nonfiction.