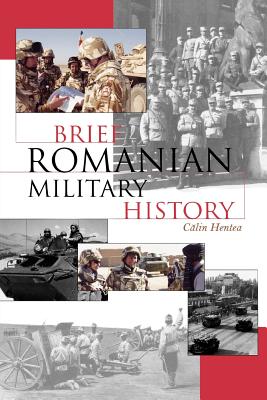 
Usually Ships in 1-5 Days
One of the first historical mentions of an armed conflict in what is now Romania dates back to 335 B.C., when, prior to launching his legendary Asian campaign, Alexander the Great organized an expedition over the Western shore of the Danube to deter the Gaets and secure the frontier of the Macedonian Kingdom. Since then, the land located on the Black Sea and nestled amongst the Carpathian Mountains has seen more than its fair share of military struggles. Whether referring to the country's fight for independence against the Ottoman Empire in the 14th Century or the December Revolution in the late 20th Century, Romania's military history has been long and varied. This book presents a chronological and detailed narrative of the significant events in the nation's military history, covering everything from the campaign of the Persian king Darius I against the Scythians in 514 B.C. to Romania's admission into NATO in April of 2004. Beginning with a full chronology of the country's most important and decisive military events, Brief Romanian Military History then presents a general overview of 2500 years of Romanian history. Complete with biographies of significant military leaders and entries on important battles, wars, military organizations, structures, fortresses, uniforms, and weapons for each of the historical eras chronicled, this book is an essential reference tool for scholars, historians, anthropologists, journalists, and all others interested in the history of Romania.
Calin Hentea is a colonel in the Romanian Armed Forces currently working in the psychological operation section of the Romanian General Staff. He has published several books on propaganda, media war, and military history.