Creole: The History and Legacy of Louisiana's Free People of Color (Paperback) 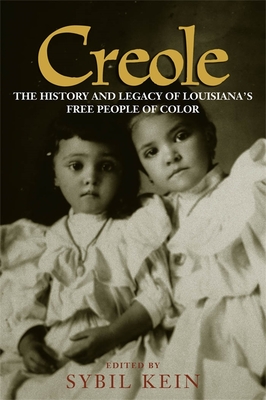 Creole: The History and Legacy of Louisiana's Free People of Color (Paperback)


Usually Ships in 1-5 Days
Who are the Creoles? The answer is not clear-cut. Of European, African, or Caribbean mixed descent, they are a people of color and Francophone dialect native to south Louisiana; and though their history dates from the late 1600s, they have been sorely neglected in the literature. Creole is a project that both defines and celebrates this ethnic identity. In fifteen essays, writers intimately involved with their subject explore the vibrant yet understudied culture of the Creole people across time--their language, literature, religion, art, food, music, folklore, professions, customs, and social barriers.
Sybil Kein is a Creole scholar, writer, and singer. She has published five poetry collections and several albums of Creole music, and her recorded poetry is housed in the National Archives. She is a distinguished professor of English emerita of the University of Michigan.