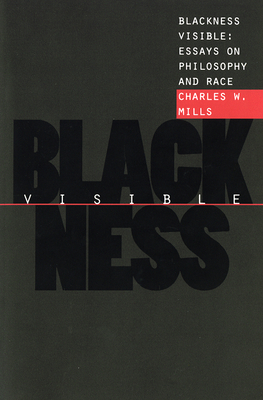 Charles Mills makes visible in the world of mainstream philosophy some of the crucial issues of the black experience. Ralph Ellison's metaphor of black invisibility has special relevance to philosophy, whose demographic and conceptual whiteness has long been a source of wonder and complaint to racial minorities. Mills points out the absence of any philosophical narrative theorizing and detailing race's centrality to the recent history of the West, such as feminists have articulated for gender domination.European expansionism in its various forms, Mills contends, generates a social ontology of race that warrants philosophical attention.Through expropriation, settlement, slavery, and colonialism, race comes into existence as simultaneously real and unreal: ontological without being biological, metaphysical without being physical, existential without being essential, shaping one's being without being in one's shape.His essays explore the contrasting sums of a white and black modernity, examine standpoint epistemology and the metaphysics of racial identity, look at black-Jewish relations and racial conspiracy theories, map the workings of a white-supremacist polity and the contours of a racist moral consciousness, and analyze the presuppositions of Frederick Douglass's famous July 4 prognosis for black political inclusion. Collectively they demonstrate what exciting new philosophical terrain can be opened up once the color line in western philosophy is made visible and addressed.

Charles W. Mills is Distinguished Professor of Philosophy at the University of Illinois, Chicago. He is the author of The Racial Contract, also from Cornell, and From Class to Race: Essays in White Marxism and Black Radicalism.