The I Ching Oracle Wheel: A Divination System (Hardcover) 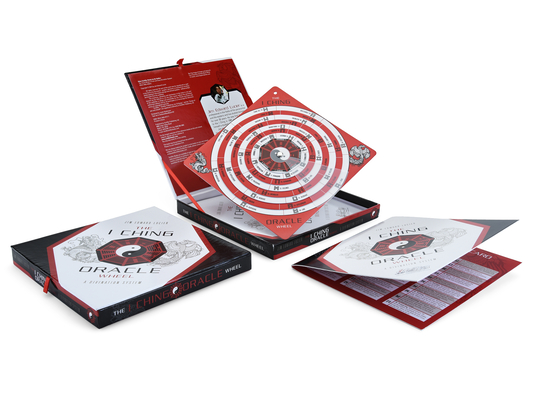 The I Ching Oracle Wheel: A Divination System (Hardcover)


Difficult to Find
For more than 3,000 years, people have used the famous I Ching oracle, otherwise known as the Book of Changes and it permeates every aspect of Chinese culture, including Feng Shui, Taoism, Buddhism, and Confucianism. Based on the divination of the Yin (masculine) and Yang (feminine) through 64 six-line figures, these hexagrams represent all possible changes in the universe and mankind. The I Ching has influenced the lives of millions; and now you, too, can be blessed by the dragon (Yin) and peacock (Yang) symbolizing good luck. By simply turning eight interconnecting I Ching wheels containing 8 hexagrams each, read the associated meanings. Discover an understanding of your past, present, future, ambitions, desires, hopes, dreams, strengths, and your question outcomes. A center piece including eight special figures used in Feng Shui gives you instant results in the Art of Placement. Attaining the fortunes of the I Ching has never been easier.
Jim Edward Lucier is a professional in the fields of the paranormal and the esoteric and has studied divination for over 30 years. He was first introduced to the I Ching in 1983 and still considers himself a student of the art.