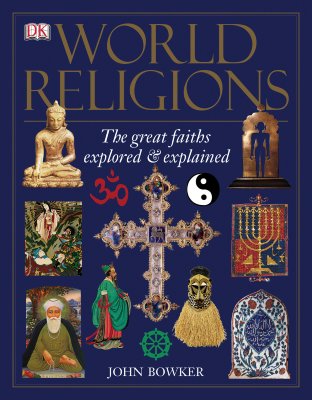 World Religions is a beautifully illustrated and annotated guide to world religions: from ancient religions such as Celtic and Norse beliefs to the main faiths of our modern world: Christianity, Islam, Judaism, Sikhism, Buddhism, Hinduism, and more.

As well as explaining the key practices and figures of each religion, World Religions also explains religious principles such as myth, ritual, The Golden Rule, and what the future holds for religious beliefs and culture. This comprehensive guide is the perfect companion for those beginning their exploration into faith, or for those just needing a quick reference tool.

With clarity, insight, and sensitivity, World Religions details the beliefs from Scientology to Zoroastrianism and everything in between.
John Bowker is a priest and religious studies scholar. His published works include God: A Brief History, The Oxford Dictionary of World Religions, Why Religions Matter, and The Sacred Neuron: The Extraordinary New Discoveries Linking Science and Religion. He studied at Oxford University and has taught at University of Pennsylvania and North Carolina State University.