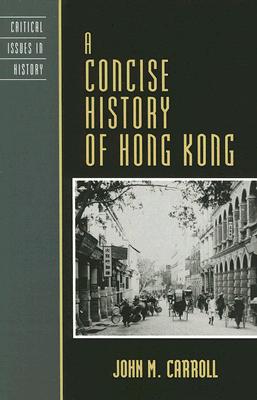 
Usually Ships in 1-5 Days
When the British occupied the tiny island of Hong Kong during the First Opium War, the Chinese empire was well into its decline, while Great Britain was already in the second decade of its legendary Imperial Century. From this collision of empires arose a city that continues to intrigue observers. Melding Chinese and Western influences, Hong Kong has long defied easy categorization. John M. Carroll's engrossing and accessible narrative explores the remarkable history of Hong Kong from the early 1800s through the post-1997 handover, when this former colony became a Special Administrative Region of the People's Republic of China. The book explores Hong Kong as a place with a unique identity, yet also a crossroads where Chinese history, British colonial history, and world history intersect. Carroll concludes by exploring the legacies of colonial rule, the consequences of Hong Kong's reintegration with China, and significant developments and challenges since 1997.
John M. Carroll is associate professor of history at Saint Louis University.