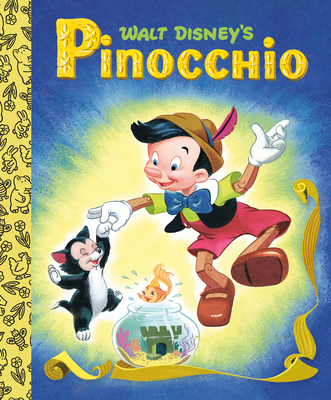 
Difficult to Find
Celebrate the 80th anniversary of the classic animated film Disney's Pinocchio with this Little Golden Board Book!

Disney's Pinocchio Little Golden Book from 1953 is finally available as a board book--just in time for the 80th anniversary of the classic animated film! With sturdy pages and just the right size for little hands, this book is a perfect introduction for young Disney fans ages 0 to 3.

The timeless story of Pinocchio inspires a new generation with its masterful animation, award-winning music, and unforgettable characters! With his faithful friend Jiminy Cricket by his side, Pinocchio embarks on fantastic adventures that test his bravery, loyalty, and honesty until he triumphs in his quest for his heart's desire: to become a real boy.