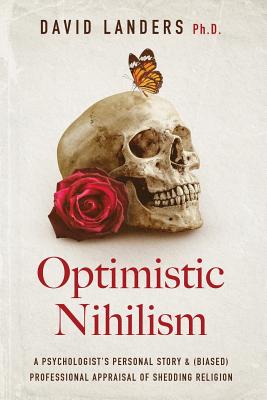 
Usually Ships in 1-5 Days
Through surprisingly good storytelling, David "Don't Call Me Doctor" Landers takes us on a captivating spiritual adventure as he walks us through his personal evolution from dedicated Christian to devout atheist. But much more than autobiography, his story is woven with provocative psychological and philosophical commentary, including input from the likes of Lucretius, Freud, and the metal band Napalm Death. A rare style of intellectual but conversational and poignant but humorous makes for a highly accessible and enjoyable read. As the spiritual account winds down, the book transitions into a more rational exploration of the problems associated with religion-and even with spirituality in general. Everyone from outspoken atheists to moderate believers will be engaged, as David is able to critically evaluate spirituality without the hostility so common among modern atheist writers. At the book's climax, David develops the popular atheist conversation a little deeper by courageously exploring the implications of nihilism: If our deepest fears about the nature of reality were to be true, could we go on? By the end of Optimistic Nihilism, we begin to suspect that we could-and even wonder if a relatively nihilistic perspective paradoxically makes life more precious than any other scheme. A critical must-read for all students of spirituality, psychology, and humanity.
David is a licensed clinical psychologist in Austin, Texas specializing in forensic evaluation (juvenile probation, competency to stand trial, and the insanity defense). His formal education is from the University of Texas at Austin (B.A., Psychology; M.A., Neuroscience) and the University of Kansas (Ph.D., Clinical Psychology). While at Kansas, David earned the Irving-Handelsman Graduate Student Award for teaching introductory psychology courses and statistics. More recently, he has taught forensic psychology at St. Edward's University in Austin. When not working, he likes being outdoors, spending time with friends, barbecuing, cycling/jogging, spectating sports, and watching boring foreign movies.