How to Keep Your Cool: An Ancient Guide to Anger Management (Hardcover) 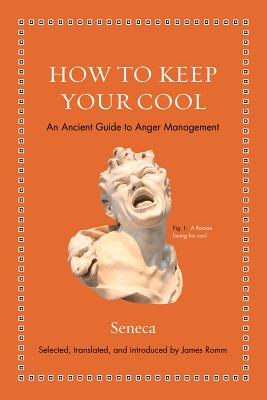 How to Keep Your Cool: An Ancient Guide to Anger Management (Hardcover)

In his essay "On Anger" (De Ira), the Roman Stoic thinker Seneca (c. 4 BC-65 AD) argues that anger is the most destructive passion: "No plague has cost the human race more dear." This was proved by his own life, which he barely preserved under one wrathful emperor, Caligula, and lost under a second, Nero. This splendid new translation of essential selections from "On Anger," presented with an enlightening introduction and the original Latin on facing pages, offers readers a timeless guide to avoiding and managing anger. It vividly illustrates why the emotion is so dangerous and why controlling it would bring vast benefits to individuals and society. Drawing on his great arsenal of rhetoric, including historical examples (especially from Caligula's horrific reign), anecdotes, quips, and soaring flights of eloquence, Seneca builds his case against anger with mounting intensity. Like a fire-and-brimstone preacher, he paints a grim picture of the moral perils to which anger exposes us, tracing nearly all the world's evils to this one toxic source. But he then uplifts us with a beatific vision of the alternate path, a path of forgiveness and compassion that resonates with Christian and Buddhist ethics. Seneca's thoughts on anger have never been more relevant than today, when uncivil discourse has increasingly infected public debate. Whether seeking personal growth or political renewal, readers will find, in Seneca's wisdom, a valuable antidote to the ills of an angry age.
James Romm is the editor and translator of Seneca's How to Die: An Ancient Guide to the End of Life (Princeton) and the author of Dying Every Day: Seneca at the Court of Nero (Knopf). He has written for the New York Review of Books and the Wall Street Journal, among other publications. He is the James H. Ottaway Jr. Professor of Classics at Bard College and lives in Barrytown, New York.