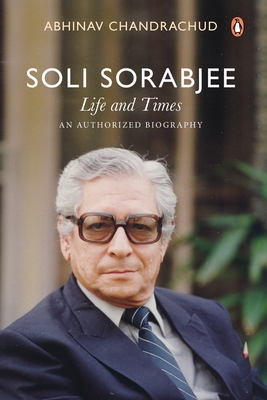 How does a Parsi lawyer, deeply influenced by the principles of Roman Catholicism, fall in love with a Bahai and go on to become the Attorney General of India for a Hindu nationalist BJP government? How does a boy with a broken leg, who studied in a Gujarati medium school and lost his father at the age of nineteen, go on to mount a heroic defense of the Janata government's decision to dissolve Congress state legislatures in the Supreme Court in 1977? How does a newspaper columnist who admires Nehru, who criticizes the BJP for being 'obsessed' with 'demolishing mosques' and advises them to replace 'Hindutva' with 'Bharatva' or 'Indianness', get chosen by Prime Minister Vajpayee to represent the government in the Supreme Court in many cases including the Ayodhya case? How does a lawyer with a humdrum customs and excise law practice, whose grandfather sold horse-drawn carriages in Bombay, become a U.N. human rights rapporteur, and repeatedly defend the fundamental right to free speech and expression in the Supreme Court of India?

Authorised, comprehensive and absolutely unputdownable, this first biography of Soli Sorabjee opens a window to life and times of India's foremost constitutional experts.

Abhinav Chandrachud is an advocate who practises at the Bombay High Court. He graduated from the LLM programme at Harvard Law School, where he was a Dana Scholar, and from the JSM and JSD programmes at Stanford Law School, where he was a Franklin Family Scholar. He has worked as an associate attorney at Gibson, Dunn & Crutcher, a global law firm, and as a paralegal at AZB & Partners, a leading law firm in India. He is the author of Republic of Rhetoric: Free Speech and the Constitution of India (2017), Supreme Whispers: Conversations with Judges of the Supreme Court of India 1980-1989 (2018) and Republic of Religion: The Rise and Fall of Colonial Secularism in India (2020). He writes a column for Bloomberg Quint.