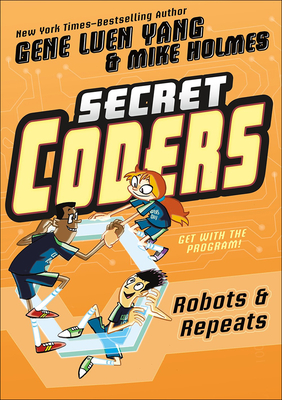 Dr. One-Zero has added a new class to Stately Academy's curriculum. But in "Advanced Chemistry," they only teach one lesson: how to make Green Pop While their classmates are manufacturing this dangerous soda, the Coders uncover a clue that may lead them to Hopper's missing dad. Is it time to use Professor Bee's most powerful weapon: the Turtle of Light?

Gene Luen Yang has written and drawn many award-winning comics, including the Avatar: The Last Airbender series, American Born Chinese, and Boxers & Saints. He is the first graphic novelist to be named the National Ambassador for Young People's Literature. Mike Holmes's comics can be seen in Bravest Warriors, Adventure Time, True Story, This American Drive, and Shenanigans.