The Well Spring of the Goths: About the Gothic peoples in the Nordic Countries and on the Continent (Paperback) 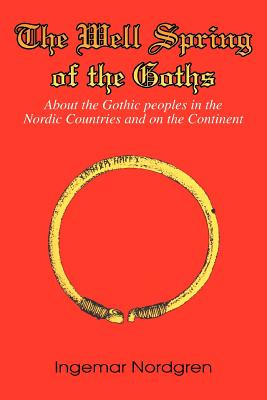 The Well Spring of the Goths: About the Gothic peoples in the Nordic Countries and on the Continent (Paperback)

By Ingemar Nordgren
List Price: $36.95
Our Price: $33.26
(Save: $3.70 10%)
Usually Ships in 1-5 Days
The Goths--a rumoured people first known by history around the river Vistula in present Poland--was the people that more than other contributed to the fall of the Roman Empire. It was however also the Goths who preserved the Roman culture against other Germanic tribes. Earlier it has been generally assumed the Goths originated in Scandinavia but during the 20th c. many scholars have grown skeptical.

The author has, using both Classical and Nordic sources and supplementary sciences, made probable there is an intimate connection between the Goths and the Nordic countries. Consequently it is quite possible that at least part of the Goths have a Nordic origin. The book rests on the basic hypothesis that the Goths are not a people but a number of tribes and peoples united through a common religious/cultic origin. The old dispute concerning the relationship between Svear and Gautar also gets quite a new meaning. The book is interdisciplinary and embraces history, religion, arts, linguistics and archaeology.

In 1999 Ingemar Nordgren received his Ph.D. at Odense University, Denmark The book builds to a considerable extent on his dissertation but has been updated and partly rewritten with brand new material.