The Christmas Spirit: A Novel (Hardcover) 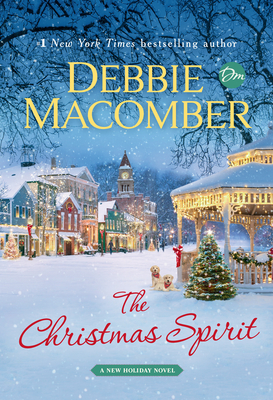 The Christmas Spirit: A Novel (Hardcover)

By Debbie Macomber
List Price: $22.00
Our Price: $19.80
(Save: $2.20 10%)
Usually Ships in 1-5 Days
NEW YORK TIMES BESTSELLER • Two lifelong friends decide to trade places the week before Christmas and end up finding love along the way in this delightful novel from the queen of holiday stories, #1 New York Times bestselling author Debbie Macomber.

Peter Armstrong and Hank Colfax are best friends, but their lives couldn’t be more different. Peter, the local pastor who is dedicated to his community, spending time visiting the flock, attending meetings, and, with the holiday season approaching, preparing for the Christmas service and live nativity. As a bartender, Hank serves a much different customer base at his family-owned tavern, including a handful of lonely regulars and the local biker gang.

When Peter scoffs that Hank has it easy compared to him, the two decide to switch jobs until Christmas Eve. To their surprise, the responsibilities of a bartender and a pastor are similar, but taking on the other’s work is more difficult than either Peter or Hank expected. As the two begin to see each other in a new light—and each discovers a new love to cherish—their lives are forever changed.

In The Christmas Spirit, Debbie Macomber celebrates the true meaning of the holidays and the inclusive community spirit that binds us all.
Debbie Macomber is a leading voice in women’s fiction. Fifteen of her novels have reached #1 on the New York Times bestseller lists, and five of her beloved Christmas novels have been hit movies on the Hallmark Channel, including Mrs. Miracle and Mr. Miracle. Hallmark Channel also produced the original series Debbie Macomber’s Cedar Cove, based on Macomber’s Cedar Cove books. She is as well the author of the cookbook Debbie Macomber’s Table. There are more than 200 million copies of her books in print worldwide.

“With almost all of Debbie Macomber’s novels, the reader is not only given a captivating story, but also a lesson in life.”—New York Journal of Books

“This light, sweet Christmas novel is perfect for someone looking for a chaste love story with a happy ending.”—Booklist