A Far and Distant Cry (Paperback) 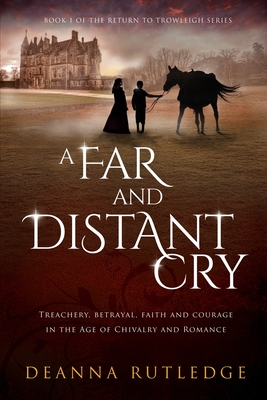 A Far and Distant Cry (Paperback)

Lady Alix Oliver, 16, stares in horror. She and her brother William, 14, are trapped in Trowleigh castle.

They are being held hostage by a horde of Danish mercenaries ordered there by Prince John. The children's father, Baron Justin Oliver, cannot help. He has suddenly gone missing in the Third Crusade. King Richard, the Lionheart, a close friend of the Olivers, cannot help either. He has been imprisoned in Germany, and an impossible ransom demanded for his release.

Meanwhile, Prince John, the king's ruthless younger brother, sees a rare chance. Not only can he now steal the throne, he can plot with the king of France to keep Richard in prison indefinitely. In all the chaos, John will get even at last with the man he feels humiliated him long ago: Lord Oliver. The baron is out of reach, but the Prince is more than happy to turn all the vengeance his wicked soul can devise upon Alix and William.

Brother and sister must escape to Normandy, but who would dare help them if it meant incurring the wrath of the most vicious and powerful man in the kingdom?

Treachery, betrayal, faith and courage in the Age of Chivalry and Romance.

Fans of Ken Follett's Kingsbridge novels will enjoy this series set in the same period: for Christian readers 13 and up (G-rated).