The Cursed Day: Eyewitness Accounts of the Nazi Massacres during Operation Kalavryta (Paperback) 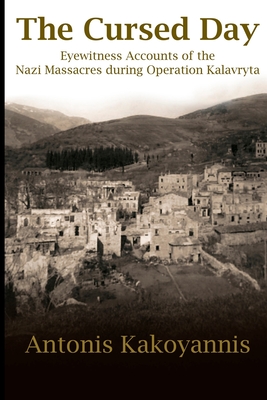 The Cursed Day: Eyewitness Accounts of the Nazi Massacres during Operation Kalavryta (Paperback)


Usually Ships in 1-5 Days
In December 1943, after months battling resistance fighters, Nazi units marched through the mountains of the Greek Peloponnese, conducting reprisals against Greek civilians. The operation reached its brutal conclusion with the massacre of 438 civilian men and boys in Kalavryta. On that cursed day in December, Kalavryta became one of the martyr towns of World War II. As the years passed, the need to record eyewitness accounts became increasingly urgent. Driven by the need to document the true stories, the author interviewed over seventy people who lived through those tumultuous times. The author himself witnessed much of this conflict firsthand as a teenager living in the region. He now brings these events to life through the personal narratives of his own family and other townspeople and villagers. This book recounts the terror and confusion of that period and the war's impact on ordinary Greek citizens trying to persevere through the cruelties of war.