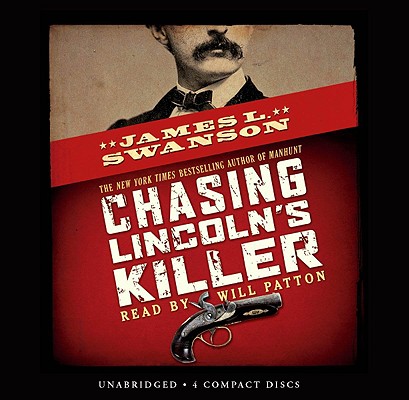 
Difficult to Find
NEW YORK TIMES bestselling author James Swanson delivers a riveting account of the chase for Abraham Lincoln's assassin.FORMAT: 3 CDs, UnabridgedNARRATOR: Will PattonBased on rare archival material, obscure trial manuscripts, and interviews with relatives of the conspirators and the manhunters, CHASING LINCOLN'S KILLER is a fast-paced thriller about the pursuit and capture of John Wilkes Booth: a wild twelve-day chase through the streets of Washington, D.C., across the swamps of Maryland, and into the forests of Virginia.EXCLUSIVE BONUS MATERIAL: Features fascinating facts from this time in history!
James L. Swanson is the award-winning author of the bestseller Manhunt: The 12-Day Chase for Lincoln's Killer. His other books include Chasing Lincoln's Killer, an adaptation of Manhunt for young adults, and his follow-up, "The President Has Been Shot!: The Assassination of John F. Kennedy", which was a finalist for the YALSA-ALA Excellence in Young Adult Nonfiction award. He has held a number of government and think-tank posts in Washington, D.C.