The Rule of Law in Afghanistan: Missing in Inaction (Paperback) 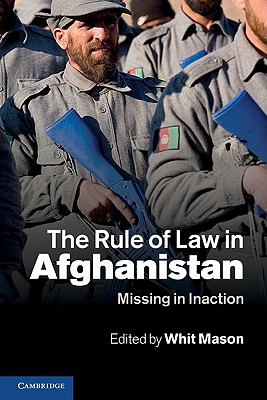 The Rule of Law in Afghanistan: Missing in Inaction (Paperback)


Difficult to Find
How, despite the enormous investment of blood and treasure, has the West's ten-year intervention left Afghanistan so lawless and insecure? The answer is more insidious than any conspiracy, for it begins with a profound lack of understanding of the rule of law, the very thing that most dramatically separates Western societies from the benighted ones in which they increasingly intervene. This volume of essays argues that the rule of law is not a set of institutions that can be exported lock, stock and barrel to lawless lands, but a state of affairs under which ordinary people and officials of the state itself feel it makes sense to act within the law. Where such a state of affairs is absent, as in Afghanistan today, brute force, not law, will continue to rule.