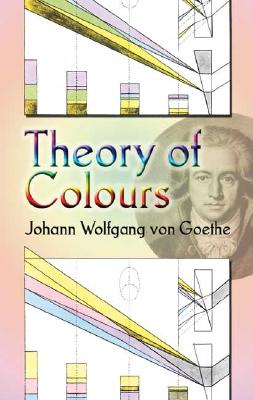 By Johann Wolfgang Von Goethe, Charles L. Eastlake (Translator)
List Price: $16.95
Our Price: $15.26
(Save: $1.70 10%)
Usually Ships in 1-5 Days
The wavelength theory of light and color had been firmly established by the time the great German poet published his Theory of Colours in 1810. Nevertheless, Goethe believed that the theory derived from a fundamental error, in which an incidental result was mistaken for a elemental principle. Far from affecting a knowledge of physics, he maintained that such a background would inhibit understanding. The conclusions Goethe draws here rest entirely upon his personal observations.
This volume does not have to be studied to be appreciated. The author's subjective theory of colors permits him to speak persuasively of color harmony and aesthetics. These notions may evoke a positive response on their merits, but even among those who regard them as pure fantasy, the grace and style of Goethe's exposition provide abundant rewards. Although his scientific reasoning on this subject has long since been dismissed, modern readers continue to appreciate the beauty and sweep of Goethe's conjectures regarding the connection between color and philosophical ideas. In addition, he offers insights into early 19th-century beliefs and modes of thought as well as a taste of European life during the Enlightenment.