The Entrepreneur: 25 Golden Rules for the Global Business Manager (Paperback) 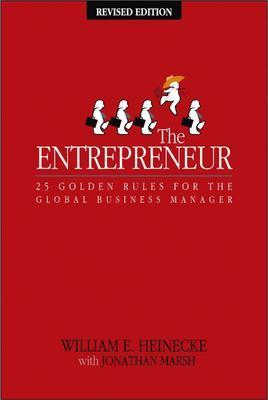 The Entrepreneur: 25 Golden Rules for the Global Business Manager (Paperback)

By William Heinecke, Jonathan Marsh (With)


Usually Ships in 1-5 Days
William E. Heinecke, CEO The Minor Group, Thailand, founded Minor Holdings in 1967, nearly three decades later it has grown into The Minor Group, spanning more than thirty companies. He was also a two-time past president of the American Chamber of Commerce, Thailand; sat on the Prime Minister's Foreign Investment Advisory Council, and accompanied several official Thailand government missions to America and Europe. Jonathan Marsh has worked as a journalist in the UK, Hong Kong, Bangkok, New York and Sydney. Based in Thailand in 1997, he had a front row seat of the economic crisis that started in Bangkok and swept through Asia. He currently edits a personal investment magazine in Hong Kong. Richard Neville, the Chief Financial Officer for the Minor Food Group, contributed material about The Pizza Wars for Chapters 21 and 22.