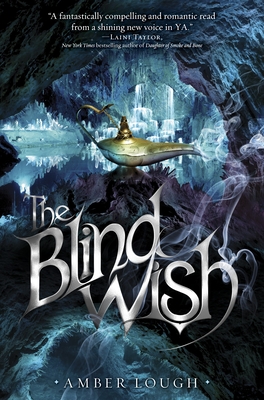 This is book number 2 in the Jinni Wars series.

Two sisters. A war. And the wish to end regret.

The sisters: Najwa and Zayele have just learned they’re half-jinni, half-human twins. Najwa chooses life in the human palace, working for peace . . . and hoping for more time alone with the prince. Zayele discovers she’s one of the most powerful jinn of all—a magus. Suddenly, the strongest young men in the army are competing to be paired up with her.

The war: The lies that started it all are out in the open now, but the war between the humans and the jinn is as bitter as before—and becoming more treacherous every day.

The wish: Once again, Zayele makes a wish. A wish that neither sister could imagine would change the outcome of the war—or their lives.


Praise for Jinni Wars I: The Fire Wish:

“A fantastically compelling and romantic read from a shining new voice in YA.” —Laini Taylor, New York Times bestselling author of Daughter of Smoke and Bone
AMBER LOUGH is a lover of foreign words and cultures, nearly forgotten folktales, and groups of three. She spent much of her childhood in Japan and Bahrain. Later, she returned to the Middle East as an air force intelligence officer, deployed for eight months in Baghdad. Amber lives in Germany with her scientist husband and two impish children. Please visit amberlough.com for a pronunciation guide, a cast of characters, and more. Follow her on Twitter at @amberlough.