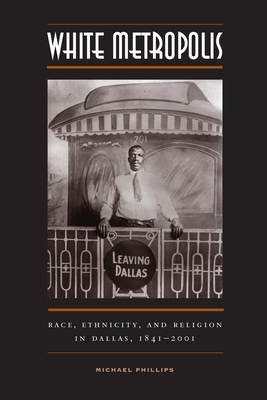 From the nineteenth century until today, the power brokers of Dallas have always portrayed their city as a progressive, pro-business, racially harmonious community that has avoided the racial, ethnic, and class strife that roiled other Southern cities. But does this image of Dallas match the historical reality? In this book, Michael Phillips delves deeply into Dallas's racial and religious past and uncovers a complicated history of resistance, collaboration, and assimilation between the city's African American, Mexican American, and Jewish communities and its white power elite.

Exploring more than 150 years of Dallas history, Phillips reveals how white business leaders created both a white racial identity and a Southwestern regional identity that excluded African Americans from power and required Mexican Americans and Jews to adopt Anglo-Saxon norms to achieve what limited positions of power they held. He also demonstrates how the concept of whiteness kept these groups from allying with each other, and with working- and middle-class whites, to build a greater power base and end elite control of the city. Comparing the Dallas racial experience with that of Houston and Atlanta, Phillips identifies how Dallas fits into regional patterns of race relations and illuminates the unique forces that have kept its racial history hidden until the publication of this book.

Michael Phillips is a researcher at the Center for American History at the University of Texas at Austin, where he earned his Ph.D. in 2002.