You Are Gods: On Nature and Supernature (Paperback) 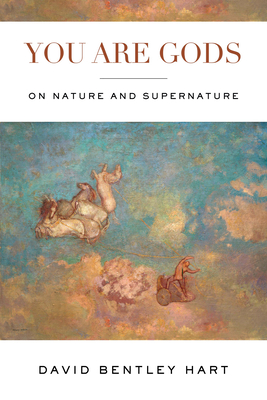 You Are Gods: On Nature and Supernature (Paperback)

David Bentley Hart offers an intense and thorough reflection upon the issue of the supernatural in Christian theology and doctrine.

In recent years, the theological--and, more specifically, Roman Catholic--question of the supernatural has made an astonishing return from seeming oblivion. David Bentley Hart's You Are Gods presents a series of meditations on the vexed theological question of the relation of nature and supernature. In its merely controversial aspect, the book is intended most directly as a rejection of a certain Thomistic construal of that relation, as well as an argument in favor of a model of nature and supernature at once more Eastern and patristic, and also more in keeping with the healthier currents of mediaeval and modern Catholic thought. In its more constructive and confessedly radical aspects, the book makes a vigorous case for the all-but-complete eradication of every qualitative, ontological, or logical distinction between the natural and the supernatural in the life of spiritual creatures. It advances a radically monistic vision of Christian metaphysics but does so wholly on the basis of credal orthodoxy.

Hart, one of the most widely read theologians in America today, presents a bold gesture of resistance to the recent revival of what used to be called "two-tier Thomism," especially in the Anglophone theological world. In this astute exercise in classical Christian orthodoxy, Hart takes the metaphysics of participation, high Trinitarianism, Christology, and the soteriological language of theosis to their inevitable logical conclusions. You Are Gods will provoke many readers interested in theological metaphysics. The book also offers a vision of Christian thought that draws on traditions (such as Vedanta) from which Christian philosophers and theologians, biblical scholars, and religious studies scholars still have a great deal to learn.

David Bentley Hart is a religious studies scholar and a philosopher, writer, and cultural commentator. He is the author and translator of twenty-one books, including the award-winning Theological Territories: A David Bentley Hart Digest (University of Notre Dame Press, 2020).