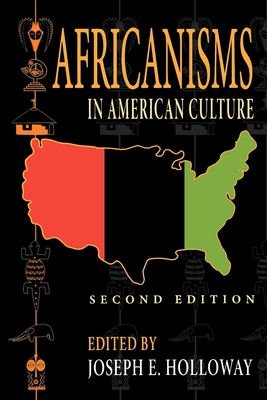 An important work in the field of diaspora studies for the past decade, this collection has inspired scholars and others to explore a trail blazed originally by Melville J. Herskovits, the father of New World African studies. Since its original publication, the field has changed considerably. Africanism has been explored in its broader dimensions, particularly in the area of white Africanisms. Thus, the new edition has been revised and expanded. Joseph E. Holloway has written three essays for the new volume. The first uses a transnational framework to examine how African cultural survivals have changed over time and readapted to diasporic conditions while experiencing slavery, forced labor, and racial discrimination. The second essay is "Africanisms in African American Names in the United States." The third reconstructs Gullah history, citing numerous Africanisms not previously identified by others. In addition, "The African Heritage of White America" by John Phillips has been revised to take note of many more instances of African cultural survivals in white America and to present a new synthesis of approaches.

Joseph E. Holloway, Professor of Pan African Studies at California State University, Northridge, is a specialist in cross-cultural studies relating to Africa and Afro-Americana. He is a former Ford and Fulbright Scholar, and author of Liberian Diplomacy in Africa, Neither Black Nor White: The Saga of An American Family, and An Introduction to Classical African Civilizations. He is co-author (with Winifred K. Vass) of The African Heritage of American English and editor of The Noble Drew Ali and the Moorish Science Temple Movement and has published widely on New World Africanisms.