China on Screen: Cinema and Nation (Film and Culture) (Hardcover) 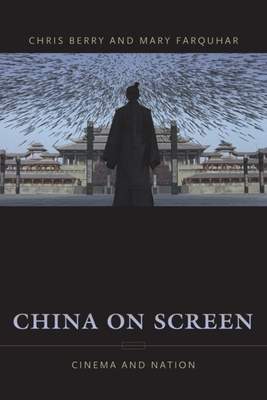 China on Screen: Cinema and Nation (Film and Culture) (Hardcover)


Usually Ships in 1-5 Days
In China on Screen, Chris Berry and Mary Farquhar, leaders in the field of Chinese film studies, explore more than one hundred years of Chinese cinema and nation. Providing new perspectives on key movements, themes, and filmmakers, Berry and Farquhar analyze the films of a variety of directors and actors, including Chen Kaige, Zhang Yimou, Hou Hsiao Hsien, Bruce Lee, Jackie Chan, Maggie Cheung, Gong Li, Wong Kar-wai, and Ang Lee. They argue for the abandonment of "national cinema" as an analytic tool and propose "cinema and the national" as a more productive framework. With this approach, they show how movies from China, Hong Kong, Taiwan, and the Chinese diaspora construct and contest different ideas of Chinese nation--as empire, republic, or ethnicity, and complicated by gender, class, style, transnationalism, and more. Among the issues and themes covered are the tension between operatic and realist modes, male and female star images, transnational production and circulation of Chinese films, the image of the good foreigner--all related to different ways of imagining nation. Comprehensive and provocative, China on Screen is a crucial work of film analysis.
Chris Berry is professor of film and television studies at Goldsmiths College, University of London. He is the author or editor of several books, including Postsocialist Cinema in Post-Mao China: The Cultural Revolution after the Cultural Revolution. Mary Farquhar is professor of Asian studies at Griffith University and is the author of numerous articles and the prize-winning book, Children's Literature in China: From Lu Xun to Mao Zedong.