The Children of Light and the Children of Darkness: A Vindication of Democracy and a Critique of Its Traditional Defense (Paperback) 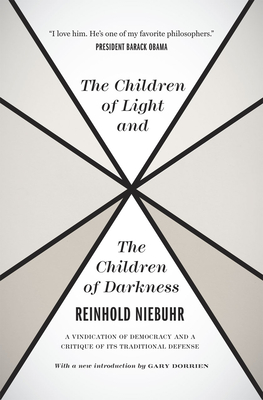 The Children of Light and the Children of Darkness: A Vindication of Democracy and a Critique of Its Traditional Defense (Paperback)

The Children of Light and the Children of Darkness, first published in 1944, is considered one of the most profound and relevant works by the influential theologian Reinhold Niebuhr, and certainly the fullest statement of his political philosophy. Written and first read during the prolonged, tragic world war between totalitarian and democratic forces, Niebuhr’s book took up the timely question of how democracy as a political system could best be defended.

Most proponents of democracy, Niebuhr claimed, were “children of light,” who had optimistic but naïve ideas about how society could be rid of evil and governed by enlightened reason. They needed, he believed, to absorb some of the wisdom and strength of the “children of darkness,” whose ruthless cynicism and corrupt, anti-democratic politics should otherwise be repudiated. He argued for a prudent, liberal understanding of human society that took the measure of every group’s self-interest and was chastened by a realistic understanding of the limits of power. It is in the foreword to this book that he wrote, “Man’s capacity for justice makes democracy possible; but man’s inclination to injustice makes democracy necessary.”

This edition includes a new introduction by the theologian and Niebuhr scholar Gary Dorrien in which he elucidates the work’s significance and places it firmly into the arc of Niebuhr’s career.

Reinhold Niebuhr (1892–1971)taught from 1928 until 1962 at Union Theological Seminary, in New York City. The recipient of the Presidential Medal of Freedom in 1964, he wrote many books, including Moral Man and Immoral Society, The Interpretation of Christian Ethics, The Nature and Destiny of Man, and The Irony of American History (the latter also recently republished by the University of Chicago Press).


“Dr. Niebuhr is in our time one of the ablest spokesmen among theologians. And he brings to his chosen task rare gifts and wide-ranging interests.”
— New Republic

“[A] clear and impressive statement of [Niebuhr’s] views on fundamental political and social problems.”—Spectator

“He cast an intellectual spell on my generation. . . . Niebuhr made us think anew about the nature and destiny of man.”—Arthur Schlesinger Jr., New York Times

“[A] brilliant and creative vindication of democracy . . . a theology of Western culture which remains intellectually unsurpassed.”
— Larry Rasmussen in Reinhold Niebuhr: Theologian of Public Life

“I love him. He’s one of my favorite philosophers.”—President Barack Obama

“His most lasting political book.”