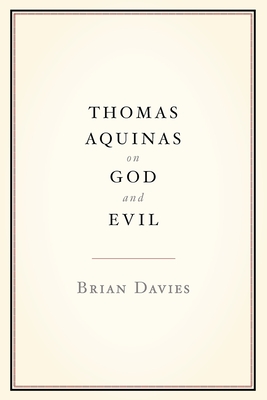 
Usually Ships in 1-5 Days
Brian Davies offers the first in-depth study of Saint Thomas Aquinas's thoughts on God and evil, revealing that Aquinas's thinking about God and evil can be traced through his metaphysical philosophy, his thoughts on God and creation, and his writings about Christian revelation and the
doctrines of the Trinity and the Incarnation. Davies first gives an introduction to Aquinas's philosophical theology, as well as a nuanced analysis of the ways in which Aquinas's writings have been considered over time. For hundreds of years scholars have argued that Aquinas's views on God and evil were original and different from those of his
contemporaries. Davies shows that Aquinas's views were by modern standards very original, but that in their historical context they were more traditional than many scholars since have realized. Davies also provides insight into what we can learn from Aquinas's philosophy. Thomas Aquinas on God and Evil is a clear and engaging guide for anyone who struggles with the relation of God and theology to the problem of evil.

Brian Davies is Distinguished Professor of Philosophy at Fordham University in New York. He is the author of The Thought of Thomas Aquinas, An Introduction to the Philosophy of Religion, and many other books.