An A-Z of Baby Names (Paperback) 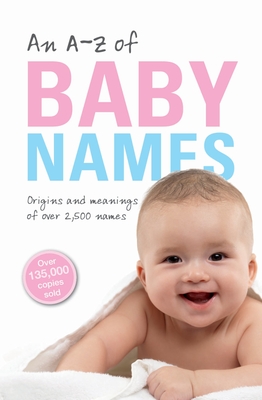 An A-Z of Baby Names (Paperback)

By Patrick Hanks
List Price: $11.95
Our Price: $10.76
(Save: $1.20 10%)
Usually Ships in 1-5 Days
Compiled by Patrick Hanks, one of the world's leading authorities on names and naming, this new edition of An A-Z of Baby Names (previously Babies' Names) provides all the help you'll need to find the right name for your newborn. Here are over 2,500 names in common use in the English-speaking world--ranging from traditional names from Katherine and Michael to Jane and William, to more recent coinages such as Bryn or Chelsea. Readers will find inspiration from plants (Azalea, Olive), from precious stones (Amber,
Ruby), from mythological gods and goddesses (Irene, Iris), from the Bible (Aaron, Adam, Miriam, Naomi), and much more. Each entry includes the origins and history of the name and, when possible, notable bearers of the name in life and in literature. The book is also filled with curious facts and interesting tales. We learn that Casey comes from folk hero Casey Jones, who acquired the nickname from his birthplace, Cayce, Kentucky. Brock was originally a nickname for someone resembling a badger. And Rose probably doesn't derive from the
flower, but from Germanic words for either horse (Hros) or fame (hrod). This reissue includes essential updates as well as a helpful article on how to find the right name or to create your own. In addition, an appendix includes thematic indexes for many name categories such as Biblical names, names from television and films, names from literature and popular culture,
pet forms and nicknames, as well as a list of the most popular names by year and by region.

Patrick Hanks has been a lexicographer and linguistic researcher for almost three decades. He was Chief Editor for Current English Dictionaries at Oxford University Press, and is now a professor at the University of the West of England in Bristol. His books include Dictionary of American FamilyNames: 3-Volume Set.