What Is This Thing Called Happiness? (Paperback) 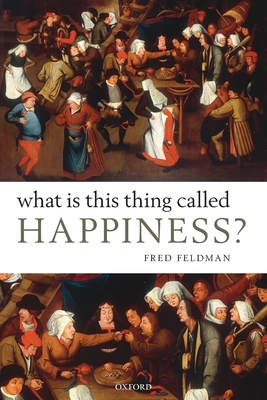 What Is This Thing Called Happiness? (Paperback)


Usually Ships in 1-5 Days
According to an ancient and still popular view -- sometimes known as 'eudaimonism' -- a person's well-being, or quality of life, is ultimately determined by his or her level of happiness. According to this view, the happier a person is, the better off he is. The doctrine is controversial in
part because the nature of happiness is controversial. In What Is This Thing Called Happiness? Fred Feldman presents a study of the nature and value of happiness. Part One contains critical discussions of the main philosophical and psychological theories of happiness. Feldman presents arguments
designed to show that each of these theories is problematic. Part Two contains his presentation and defense of his own theory of happiness, which is a form of attitudinal hedonism. On this view, a person's level of happiness may be identified with the extent to which he or she takes pleasure in
things. Feldman shows that if we understand happiness as he proposes, it becomes reasonable to suppose that a person's well-being is determined by his or her level of happiness. This view has important implications not only for moral philosophy, but also for the emerging field of hedonic psychology.
Part Three contains discussions of some interactions between the proposed theory of happiness and empirical research into happiness.

Fred Feldman has been a Professor of Philosophy at the University of Massachusetts at Amherst since 1969.