Egyptian Mythology: A Guide to the Gods, Goddesses, and Traditions of Ancient Egypt (Paperback) 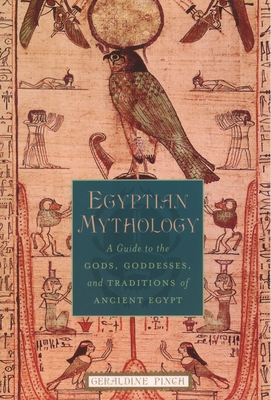 Egyptian Mythology: A Guide to the Gods, Goddesses, and Traditions of Ancient Egypt (Paperback)


Usually Ships in 1-5 Days
From stories of resurrected mummies and thousand-year-old curses to powerful pharaohs and the coveted treasures of the Great Pyramids, ancient Egypt has had an unfaltering grip on the modern imagination. Now, in Egyptian Mythology, Geraldine Pinch offers a comprehensive introduction that untangles the mystery of Egyptian Myth. Spanning Ancient Egyptian culture--from 3200 BC to AD 400--Pinch opens a door to this hidden world and casts light on its often misunderstood belief system. She discusses the nature of myths and the history of Egypt, from the predynastic to the postpharaonic period. She explains how Egyptian culture developed around the flooding of the Nile, or the "inundation," a phenomenon on which the whole welfare of the country depended, and how aspects of the inundation were personified as deities. She explains that the usually cloudless skies made for a preoccupation with the stars and planets. Indeed, much early Egyptian mythology may have developed to explain the movement of these celestial bodies. She provides a timeline covering the seven stages in the mythical history of Egypt and outlining the major events of each stage, such as the reign of the sun God. A substantial A to Z section covers the principal themes and concepts of Egyptian mythology as well as the most important deities,
demons, and other characters. For anyone who wants to know about Anubis, the terrifying canine god who presided over the mummification of bodies and guarded burials, or Hathor, the golden goddess who helped women to give birth and the dead to be reborn, or an explanation of the nun, the primeval ocean from which all life came, Egyptian Mythology is the place to look.

Geraldine Pinch is an Egyptologist at the Oriental Institute of Oxford University and a Member of the Editorial Board of the Journal of Ancient Near Eastern Religions. She is the author of Magic in Ancient Egypt and Egyptian Myth: A Very Short Introduction.