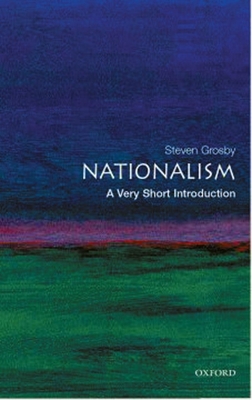 By Steven Grosby
List Price: $11.95
Our Price: $10.76
(Save: $1.20 10%)
Usually Ships in 1-5 Days
Throughout history, humanity has borne witness to the political and moral challenges that arise when people place national identity above allegiance to geo-political states or international communities. This book discusses the concept of nations and nationalism from social, philosophical, geological, theological, and anthropological perspectives. It examines nationalist conflicts past and present, including recent struggles in the Balkans and the Middle East. Above all, this fascinating and comprehensive work clearly shows how feelings of nationalism are an inescapable part of being human.

Steve Grosby, is Associate Professor at Clemson University, in the department of Philosophy and Religion. His publications include: Biblical Ideas of Nationality: Ancient and Modern, and the Theory of Objective mind: An Introduction to the Philosophy of Culture.