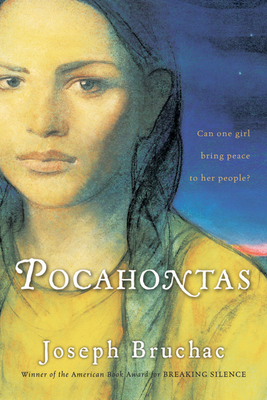 
Usually Ships in 1-5 Days
In 1607, when John Smith and his "Coatmen" arrive in Powhatan to begin settling the colony of Virginia, their relations with the village's inhabitants are anything but warm. Pocahontas, the beloved daughter of the Powhatan chief, Mamanatowic, is just eleven; but in spite of her age, this astute young girl acts with wisdom and compassion, and plays a fateful, peaceful role in the destinies of two peoples.
Drawing from the personal journals of John Smith, Joseph Bruchac, winner of the American Book Award for Breaking Silence, reveals an important part of history through the eyes of two historic figures.

JOSEPH BRUCHAC is a poet, storyteller, and author of more than sixty books for children and adults who has received many literary honors, including the American Book Award and the PEN Syndicated Fiction Award. He is of Abenaki and Slovak heritage, and lives in Greenfield Center, New York.

"Both characters come to life instantly, and the daily accounts are rich with details of everyday life . . . A first choice for those interested in exploring the topic."--Kirkus Reviews