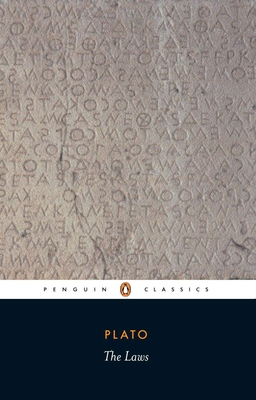 
Difficult to Find
In The Laws, Plato describes in fascinating detail a comprehensive system of legislation in a small agricultural utopia he named Magnesia. His laws not only govern crime and punishment, but also form a code of conduct for all aspects of life in his ideal state—from education, sport and religion to sexual behaviour, marriage and drinking parties. Plato sets out a plan for the day-to-day rule of Magnesia, administered by citizens and elected officials, with supreme power held by a Council. Although Plato's views that citizens should act in complete obedience to the law have been read as totalitarian, The Laws nonetheless constitutes a highly impressive programme for the reform of society and provides a crucial insight into the mind of one of Classical Greece's foremost thinkers.

For more than seventy years, Penguin has been the leading publisher of classic literature in the English-speaking world. With more than 1,700 titles, Penguin Classics represents a global bookshelf of the best works throughout history and across genres and disciplines. Readers trust the series to provide authoritative texts enhanced by introductions and notes by distinguished scholars and contemporary authors, as well as up-to-date translations by award-winning translators.
Plato (c.427-347 BC) stands with Socrates and Aristotle as one of the shapers of the whole intellectual tradition of the West. He founded the Academy in Athens, the first permanent institution devoted to philosophical research and teaching, and theprototype of all Western universities. He sought cures for the ills of society in philosophy, and became convinced that those ills would not cease until philosophers became rulers, or rulers philosophers.

Trevor J. Saunders has translated many volumes of Plato for the Penguin Classics.