We Need to Talk About Kevin tie-in: A Novel (Paperback) 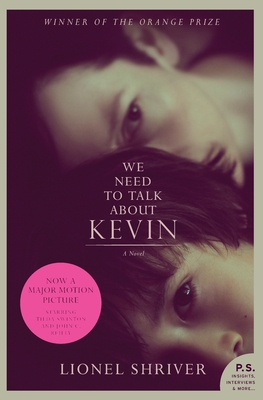 We Need to Talk About Kevin tie-in: A Novel (Paperback)

Now a major motion picture by Lynne Ramsay, starring Tilda Swinton and John C. Reilly, Lionel Shriver’s resonant story of a mother’s unsettling quest to understand her teenage son’s deadly violence, her own ambivalence toward motherhood, and the explosive link between them reverberates with the haunting power of high hopes shattered by dark realities.

Like Shriver’s charged and incisive later novels, including So Much for That and The Post-Birthday World, We Need to Talk About Kevin is a piercing, unforgettable, and penetrating exploration of violence, family ties, and responsibility, a book that the Boston Globe describes as “sometimes searing . . . [and] impossible to put down.”

Lionel Shriver's fiction includes The Mandibles; Property; the National Book Award finalist So Much for That; the New York Times bestseller The Post-Birthday World; and the international bestseller We Need to Talk About Kevin, adapted for a 2010 film starring Tilda Swinton. Her journalism has appeared in the Guardian, the New York Times, the Wall Street Journal, and many other publications. She’s a regular columnist for the Spectator in Britain and Harper’s Magazine in the US. She lives in London and Brooklyn, New York.

“Ms. Shriver takes a calculated risk . . . but the gamble pays off as she strikes a tone of compelling intimacy.” — Wall Street Journal

“A slow, magnetic descent into hell that is as fascinating as it is disturbing.” — Cleveland Plain Dealer

“Shriver handles this material, with its potential for cheap sentiment and soap opera plot, with rare skill and sense.” — Newark Star Ledger

“Impossible to put down.” — Boston Globe