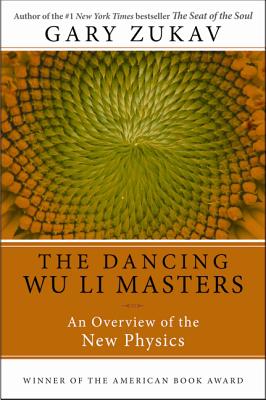 “The most exciting intellectual adventure I've been on since reading Robert Pirsig’s Zen and the Art of Motorcycle Maintenance.”
—Christopher Lehmann-Haupt, New York Times

Gary Zukav’s timeless, humorous, New York Times bestselling masterpiece, The Dancing Wu Li Masters, is arguably the most widely acclaimed introduction to quantum physics ever written. Scientific American raves: “Zukav is such a skilled expositor, with such an amiable style, that it is hard to imagine a layman who would not find his book enjoyable and informative.” Accessible, edifying, and endlessly entertaining, The Dancing Wu Li Masters is back in a beautiful new edition—and the doors to the fascinating, dazzling, remarkable world of quantum physics are opened to all once again, no previous mathematical or technical expertise required.

Gary Zukav is the author of four consecutive New York Times bestsellers. In 1979, The Dancing Wu Li Masters: An Overview of the New Physics plumbed the depths of quantum physics and relativity, winning the American Book Award for science. In 1989, The Seat of the Soul led the way to seeing the alignment of the personality and the soul as the fulfillment of life and captured the imagination of millions, becoming the number one New York Times bestseller thirty-one times and remaining on the bestseller list for three years. Zukav's gentle presence, humor, and wisdom have endeared him to millions of viewers through his many appearances on The Oprah Winfrey Show. Six million copies of his books are in print and translations have been published in twenty-four languages. Zukav grew up in the Midwest, graduated from Harvard, and became a Special Forces (Green Beret) officer with Vietnam service before writing his first book.