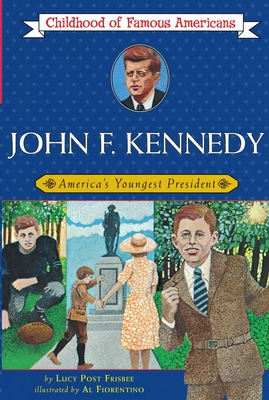 
Difficult to Find
Born and raised in Massachusetts, John F. Kennedy, nicknamed “Jack” was the second oldest of nine siblings. Despite a preference for fun over schoolwork, he graduated from Harvard, joined in the Navy, and went on to earn recognition for “extremely heroic conduct.” He later served in both the House and the Senate before being elected thirty-fifth President of the United States, where he achieved much before his assassination in 1963.

Discover the details of John F. Kennedy’s childhood in this this narrative biography that explores the early events and experiences that helped shape the life of this remarkable man.
Lucy Post Frisbee is the author of John F. Kennedy, a Simon & Schuster book.